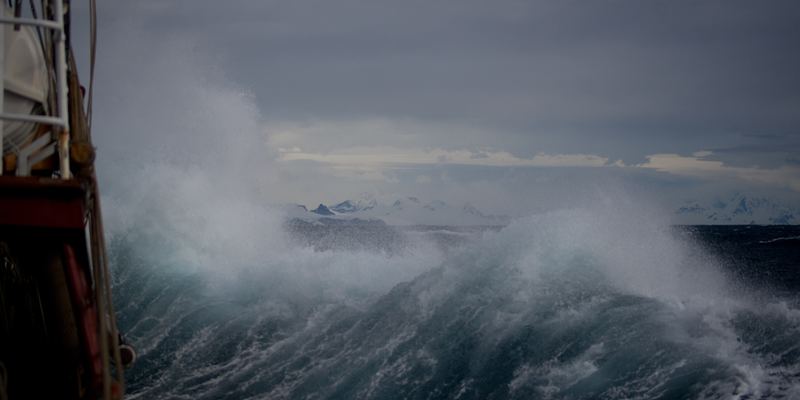 When Your Sin Finds You Out

And they said to one another, “Come, let us cast lots, that we may know on whose account this evil has come upon us.” So they cast lots, and the lot fell on Jonah. Then they said to him, “Tell us on whose account this evil has come upon us. What is your occupation? And where do you come from? What is your country? And of what people are you?” And he said to them, “I am a Hebrew, and I fear the Lord, the God of heaven, who made the sea and the dry land.” Then the men were exceedingly afraid and said to him, “What is this that you have done!” For the men knew that he was fleeing from the presence of the Lord, because he had told them. ​(Jonah 1:7-10)

There’s a deep truth running through the world—evil exists and evil is exposed. It’s really hard to deny that; it’s just so obvious.

The Bible refers to evil as "sin," but it’s not as easy for everyone to recognize sin as evil living within each of us. We like to think we’re basically good people who do bad things from time to time. But the Bible says otherwise. We’re really bad people who do good things from time to time, by God’s grace. Jonah is a classic example. Here is a prophet—one of the godliest men in his nation—and he’s running from the presence of God because he doesn’t want God to be merciful to his enemies.

We look at Jonah’s life and we’re probably all a little amazed at how unconcerned he seems to be. He’s asleep in the ship for goodness' sake! How could he sleep knowing what he’s done? Well, at this point, he didn’t yet see the evil of what he’d done. No one else even knew about it. It didn’t seem to be a problem. After all, the ship was there, ready to go. Why did God make it so easy to run if he didn’t want him to?

Here’s the problem: sin is deceptive. And part of the deceptive power of sin is convincing us that we’re really not that bad. That’s why Jonah could lay down and go to sleep. When we’re deceived by sin, we’re not bothered by sin. In fact, it’s possible to be so deceived that we actually feel justified in our sin. Sin questions God. It whispers, as the serpent in the Garden of Eden, “Did God really say?” That’s how Jonah felt—as if he were right and God was wrong. “Mercy for the Ninevites?! No way that's God’s will. They're the evil empire!” And they were. They were really bad people. But apparently, God loves really bad people like those in Nineveh and even Jonah himself.

My guess is Jonah’s plan for his life didn’t include running from God. Whose does? But over time, Jonah put up walls around the word of God. When God called him to Nineveh, Jonah wouldn’t obey because long before he put up a wall of nationalism. Jonah limited what God could ask of him. He drifted from God. He didn’t see the drift, because we never see the drift. He floated away slowly, but he could still see the shore so he still felt he operated within his calling. He wasn’t cheating on his wife, he wasn’t stealing. He was being a good Israelite. But over time, he drifted far enough away that when God asked him to go beyond his own land to his enemies, he could not and would not do it. Not only that, he was appalled that God would even ask it of him. I wonder, are there some things God asks that are appalling to us?

Drifting happens when two evils coincide: we neglect God’s word and we accept an alternative message. That’s what happened to Jonah. He ignored God’s word to go to Nineveh and accepted an alternative word that God should judge, not forgive, Nineveh. Jonah turned the most merciful Person in the world into an unforgiving Judge and he thought he was justified in doing so. If we projected all our thoughts about God from this past week onto this screen behind me, what would he look like? Would he resemble the God of the Bible?

When we refuse to listen to all of God’s word and substitute other, more palatable messages in its place, we set ourselves on a path to sin big-time. And we might not even see the depth of it until something extraordinary comes along and wakes us up—something like a storm at sea and a group of pagan sailors pleading with us to pray for salvation.

The storm forced out of Jonah more than an inward consideration of his failings. It forced his failings to his mouth before many witnesses. Jonah thought he ran from God’s presence. He thought his sin was his own personal issue. But his sin found him out. God knows, no matter where you are, if you're faithful or not. Others may not know your sin yet, but God does.

Look at the narrative. Verse 7 says the sailors cast lots and the lot fell on Jonah. Casting lots was an old way of answering an unanswerable question. Roll the dice and let God (or in this case, the gods, as the pagan sailors believed) decide where it falls. For it to fall on Jonah means this was no mere coincidence; it was divine providence. God used these pagan sailors to confront the prophet with his sin. Oh, the irony! Pagan sailors doing what the prophet should have done!

So they confront him in verse 8: “What is your occupation? And where do you come from? What is your country? And of what people are you?”

Jonah answers in verse 9: “I am a Hebrew, and I fear the Lord, the God of heaven, who made the sea and the dry land.”

It’s an interesting response. Jonah is technically right about who he is and who God is. He’s a Hebrew, an Israelite. God is the God of heaven, who made the sea and the dry land. But there seems to be a disconnect in the middle, doesn't there? Does Jonah fear the Lord? It doesn’t look like it.

Jonah got the questions right doctrinally, but he was wrong relationally. Here’s a question for us: Does our doctrine line up with our life? Are we proclaiming one thing about God while relating to him differently? Do we claim to fear the Lord while riding the fleeing boat of rebellion?

Jonah obviously has some realization of his situation because there’s one question he didn't answer. Do you see it? “What is your occupation?” He was a prophet. But he didn’t tell the sailors that, did he? I wonder why. He was awakening to the cost of his sin. He couldn't be a prophet if he failed to speak God’s word.

By this point, the sailors understood Jonah’s sin. During the conversation, he told them he was running from God. They knew then the reason the storm was so strong. Verse 10 says they became exceedingly afraid. Literally, they feared a greater fear. Jonah said he feared God, but it’s the pagan sailors who act like God-fearers. They cry out, “What is this you have done!” that isn’t a question. It’s an accusation. There is no question mark. It's an exclamation point. When our sin finds us out, it's shocking.

Jonah's sin found him out, and he was about to face the consequences.

David McLemore
David McLemore is part of the church planting team at Refuge Church in Franklin, Tennessee. He is married to Sarah, and they have three sons. 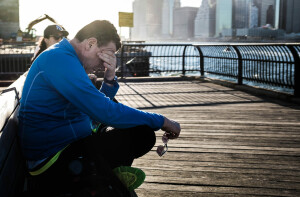 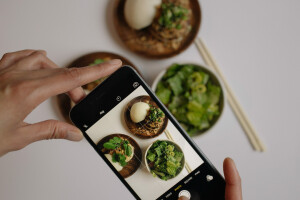 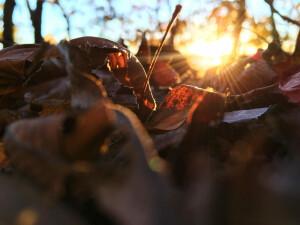 We Look to Him